Clocks in College: How your body clock affects your ability to learn

myCircadianClock Blog / Blog  / Clocks in College: How your body clock affects your ability to learn 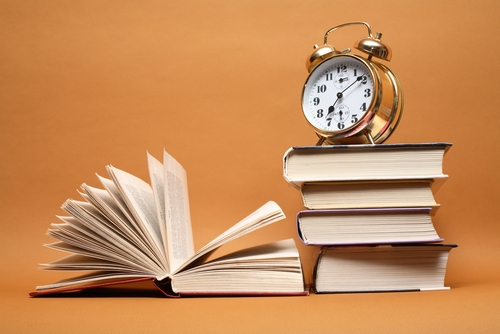 Clocks in College: How your body clock affects your ability to learn

More and more students find themselves staying up late in order to complete assignments, study for tests, make time for a job, or maintain a social life. In our previous blog, Clocks in College, we discussed the notion that many students experience circadian disruption without realizing the full implication that it has on their health. Most students understand on some level that this fluctuating schedule can have negative effects (they are tired, experience more anxiety, etc) but rarely do students realize that disruption of their circadian rhythm is increasing their risk for many metabolic diseases (see our blog: Biological Clocks). Even more surprising, is that most students have no idea how much their own study schedule could be impacting their ability to learn.

For students, the logic is simple: Less time sleeping means more time to cram for that exam. According to some studies, as many as 60% of students claim to pull-all nighters, and their reasons were twice as often academic as social (Thacher 2008). Research shows, however, that circadian disruption has significant detrimental effects on learning and recall, as shown by many animal studies. First of all, most animals learn best during their natural wakeful period. Cockroaches, rats, and mice—all nocturnal—are more successful in various memory tasks when they learn during the nighttime. (Decker 2007, Hauber 2001, Hoffmann 1992, respectively). Rats that were phase-shifted 2-3 days before learning a task had a harder time with recall (Fekete 1985). This means that their daily sleep/wake schedule was shifted a few hours off from their normal (to a new phase) and that impacted their learning. A study in humans confirmed this, showing that students who shifted their sleep-wake cycle by 2 hours had difficulty concentrating, even if they were sleeping a full 8 hours nightly (Taub 1974). These findings suggest that the usual student model of staying up late to study and dramatically changing sleep schedules the days preceding an exam to cram might be hindering students’ ability to learn information and recall that information on tests. More importantly, when the schedules of model organisms are altered to mimic circadian disruption, there are impacts on the hippocampus: a part of the brain that is crucial for learning and memory. The hippocampus is associated with spatial memory and the crucial process of forming long-term memories. Neurogenesis—the growth of new neurons—in the hippocampus is associated with learning (Epp 2007) and it has been shown that circadian disruption can inhibit neurogenesis through many pathways. We will only briefly discuss three major ones here. First, a growth factor in the brain known as BDNF will increase the birth of neurons (Taliaz 2010), and disruption to sleep and circadian rhythms alters the fluctuations of BDNF (Guzman-Marin 2006). Second, melatonin (that hormone that makes you sleepy at night) promotes neurogenesis and helps new, growing neurons stay alive (Ramirez-Rodriguez 2009). Melatonin has also been implicated in long-term potentiation, which is the process by which your brain forms long-term memories (El-Sherif et al, 2003). Melatonin levels are decreased by lights at night, and by that late night coffee that students survive on (Wright 1997). What’s more, circadian disruption has been shown to disturb the normal fluctuations of cortisol (Wotus et al 2013). Disruption of cortisol rhythms has been associated with structural changes in the hippocampus (Gartside et al 2003) and deficits in certain types of training of rats and mice. All three of these pathways lie at the center of sleep, body clocks, and learning and memory. Overall, there are multiple pathways–including BDNF, melatonin, and cortisol—by which circadian disruption can inhibit one of the main learning centers in our brain, the hippocampus. All of these findings suggest there is strong biological evidence in favor of students calling it a night, even when an exam is coming up. If anything is to be learned from these animal models, humans should study during the day, and should get plenty of sleep on a regular basis so that their daily learning is not inhibited. Maintaining your body’s schedule seems to be especially important leading up to the time of the test, as circadian disruption surrounding learning inhibits retention and recall– this means that all-nighter will probably just leave you tired and without much information retained. So swap your late-night coffee for a glass of water, and grab a blanket instead of your books, and spend the night allowing your brain to condense the information you’ve already obtained and prepare for another day of learning.

Much of this blog post was adapted from the content and references of the review paper:
A Time to Remember: The Role of Circadian Clocks in Learning and Memory
Benjamin L. Smarr, Kimberly J. Jennings, Joseph R. Driscoll, Lance J. Kriegsfield.
Behavioral Neuroscience. 2014 June; 128(3): 283-303