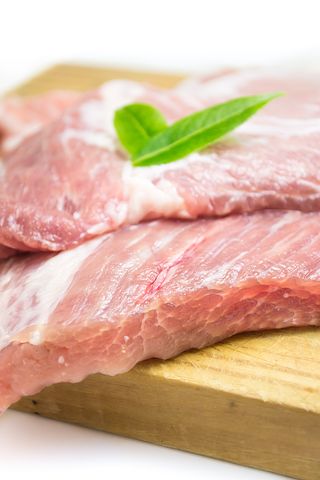 If something has been successful before, people are often more inclined to try it.

This is one of the central pillars of the Paleo Diet. It is a diet that mainly consists of meats, fish, eggs, vegetables, fruits, nuts, and seeds. Essentially, it is a diet constructed around what our ancestors consumed during the Paleolithic age. It is meant to satisfy our true primal needs, aside from all the superficial wants that consumerism has conditioned us to seek. The Paleo diet is often described as more of a lifestyle than a mere diet, as it is usually accompanied by some interesting Paleo-esque choices – such as the Paleo fitness routine, or the Paleo Sleep setup. Fundamentally, the diet appears to have the potential to be a solid, and doable plan.

The Paleo diet regimen consists of food that is simple and organic. There isn’t a long, complex process behind the production of any food products in the Paleo Diet. No unseen chemicals or drawn out refining processes, just simple, whole foods. Daniel E. Lieberman, a professor of evolutionary biology at Harvard, claims that the Paleo Diet can help combat the advent of “mismatch diseases” including diseases such as Type II Diabetes – according to the principle that our current diet doesn’t match the hunter-gatherer lifestyle and therefore genetic history. Moreover, by following this diet, one would be able to easily streamline their diet, for it removes many of the foods that we eat, but don’t necessarily know too much about – such as processed meats, instant food, or complex food supplements. By removing such complexities, we would be able to avoid any long term unforeseen ramifications of our actions. Studies have shown that that patients on the Paleo diet have exhibited systolic blood pressure improvement, a decrease in weight circumference, and weight loss (Lindeberg et al 2007).

This strict diet also leads to the potential drawbacks. The Paleo Diet would be extremely limiting, as the New York eloquently states “The list of foods that are not paleo, meanwhile, is a great deal longer; cereal grains like wheat, corn, and rice; pseudo-cereal grains like amaranth and quinoa; legumes, dairy products, most vegetable oils, sugar, and anything that contains corn syrup or artificial coloring or flavorings or preservatives, which is to say, just about everything a contemporary American consumes.” The limitations imposed by this diet might have consequences on one’s social life, cooking, and budgeting, as it would severely limit one’s options. Moreover, a study found that there was a noted drop in calcium levels in those who participated in the diet – most likely attributed to the fact that no dairy is allowed in the diet whatsoever (Jonsson et al 2009).

Aside from some limiting aspects, the Paleo diet has the potential to be a great diet option. The fundamental ideas behind the diet were designed to promote a healthy diet that isn’t fundamentally reliant on artificial additives or overly processed products. Moreover, such a diet could potentially be followed for a longer length of time.. However,due to a limited number of participants and short duration of many studies, more studies need to be done to determine the long term health effects of the Paleo-Diet (Pitt et al., 2016).

When it comes to selecting a diet, one should always look to a physician first. Any information you see here, or anywhere else, should be counted as strictly informational, not imposing.