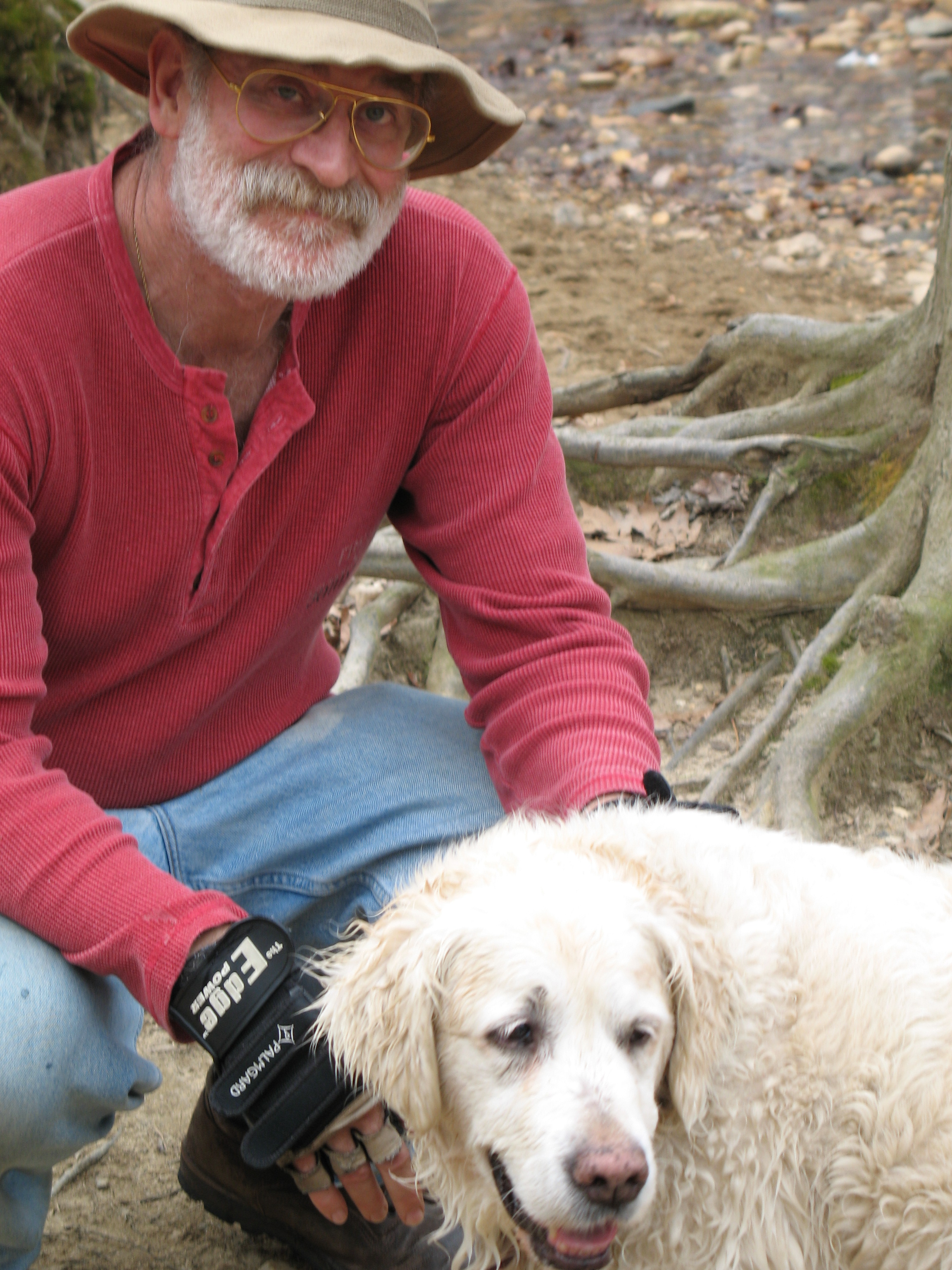 We were recently contacted by Barry Isaac, a gentleman who informed us that he had been practicing a version of Time Restricted Feeding for 16 years, with impressive results. Despite arriving at conclusions similar to ours, his approach was intriguingly different. Here is his story.

Barry Isaac is an avid baseball player. You can find him on the field any time of the week. One day while playing, he started feeling discomfort in his knees – something he attributes to his weight at the time. Unsatisfied with the effects of his weight, he decided to do something about it. Unlike others, he didn’t look to dieting or strict exercise to change his diet, instead he looked at the exact opposite.

He looked up the best ways to gain weight, and at the people who did it best – sumo wrestlers. Barry took into account everything that the wrestlers did to gain weight, such as eating large quantities of food early in the morning, and late at night, as well as snacking throughout the entirety of the day. After gathering that information, he reversed the principles, and ensured that he did the opposite of what the sumo wrestlers practiced. He restricted his time window for eating -without drastically adjusting what he ate-, and made sure that he did not eat for a significant period of time before bed. Here is a basic outline of his regiment, that he aptly named, “The Anti-Sumo”.

Morning – Wakes up and eats the largest meal of the day. He concentrated all high calorie, high sugar, and other highly refined foods during this time.

After breakfast, he waits about 6-7 hours before consuming anything caloric. This makes his overall eating interval around 8 hours.

He then eats a late lunch from around 1 – 3:30pm, still eating whatever he wanted, with the only restriction being on the consumption of highly refined and sugary foods.

For the rest of the day, until the next morning, he only drinks water.

With this regiment, Mr. Isaac states that he lost 40 lbs over the duration of 4 months. He also says that there have been no adverse effects on fatigue, stomach pains, or anything else that is often expected from such a change in diet. In fact, he says that his quality of healthiness is higher than before, including sleep.

If some, if not all of this sounds familiar, that is because he is also utilizing the principle of Time Restricted Feeding – an aspect of metabolism that we are studying the effects of.

Barry Isaac further explained his personal experiences and findings in a paper. Please find it below if it interests you.

DEPARTMENT: News, Commentary, and Analysis; Letters to the Editor

ABSTRACT: Barry Isaacs explains how you can lose weight by changing the form, but not the substance, of your diet.

Barry Isaacs explains how you can lose weight by changing the form, but not the substance, of your diet.

Those of us in the tax profession will readily acknowledge that the time we spend working is ill suited to maintaining good physical health. It may well be, as the Roman historian Juvenal, put it, that “mens sana in corpore sano,”/1/ but no one will ever confuse us with buffed-out Olympians. For the most part, we neither eat properly nor exercise adequately and so we are overweight and out of shape. To that extent, however, we share many of the same characteristics as our fellow Americans, although perhaps to a greater degree. But the difference between us and them is that they have all those dieticians, nutrition consultants, workout specialists, and the like to assist them. Naturally, we don’t pay any attention to those people, whether it is Dr. Phil or Dr. Atkins, the South Beach people or the Tae-Bo people. Ditto those responsible for Ab Belts, Slim-Fast, and Trim-Spa. The reason is that these so-called authorities have no expertise in the tax area, which makes us suspicious of what they have to say particularly because of how they think, whether they are extolling the virtues of low carb, low fat, low impact, or some other such nostrum. So we keep doing what we are doing, which is a whole lot of nothing, waiting for the day when one of us, who advises on tax matters, will take the time to take a hard look at weight loss and fitness and apply the same critical analysis to that subject that we already apply in the tax area. Well, that wait is over./2/

Not surprisingly, what I endeavored to look for on our behalf, given our propensities, which are not easily changed, was to see if there were a way that we could eat what we want, eat as much as we enjoy currently, and yet lose weight, thereby making us fitter, healthier, and happier, without the benefit of any supplements, drugs, or additional exercise beyond what we already do. Naturally, such a program could not be described as a “diet” as nothing, literally, has been taken off the table. Instead, we would be talking about an eating strategy, something we can appreciate.

Sumo wrestlers have been doing everything they can to gain weight for over 1,000 years. If you have ever seen one of those guys, you would have to admit they have been very successful at it. And there is a reason why they need huge mass: The wrestler who either first touches the floor with something other than the soles of his feet or leaves the ring before his opponent, loses. But it isn’t merely the large quantities of food they eat that gets them this way. Our football players are puny compared to these overweight giants. The key is how they go about their strict regimen of eating, working out, and sleeping that explains how they get so huge. I researched further/3/ to find out how they do it. It turns out that the secret to their “success” in putting on weight is quite simple. They never eat when they wake up but instead first work out and practice for about three hours. Then they consume, inter alia, many large bowls of rice that they down with beer. They then sleep immediately after every huge meal of which there are not a few.

Although not free from doubt, my opinion is that by doing the opposite of what Sumo wrestlers do, we should lose weight./4/ That is in accord with the IRS position that if you want to avoid gain, you should go in the other direction./5/ My view of the essential facts led me to two variations, A and B. In variation A, when you wake up, you don’t rush off to work having eaten de minimis amounts of food. Instead, you eat your largest meal of the day consisting of, inter alia, all the refined sugar, refined flour, and other “high-carb” foods such as rice, pasta, and potatoes that you normally consume throughout the day (hereinafter collectively referred to as the built-in gain or “BIG Foods”). Then you go to work but do not, under any circumstances, fall asleep no matter how soporific the latest regulations project promulgated by Treasury happens to be. Meals occurring after midday but before evening consist of whatever else you like to eat as long as they do not consist of BIG Foods. The size of each meal will decline as the day progresses. And nothing is eaten within six hours of bedtime — whenever that is.

Variation B, which is likely to achieve even greater weight loss, is the same as Variation A except that all the BIG Foods may be consumed only one morning a week rather than every day — again without limit as to quantity or type.

I will handle the balance of this opinion in the “Question and Answer” format we are quite accustomed to in our practice:

Question 1: I drink heavily. What about it?

Answer 1: Drink only in the morning before going to work but not thereafter.

Question 2: Who drinks in the morning? That is idiotic and antisocial. Besides, I don’t want to show up “lit” to the office. It could be a career-limiting move.

Answer 2: I am neither encouraging you to get loaded nor endeavoring to become your enabler. The issue, though, isn’t whether it is desirable to drink in the A.M. but rather whether drinking in such a manner is more likely than not to contribute to weight loss with its concomitant beneficial side effects than drinking in the evening or, for that matter, all day. As a noted M&A consultant, Sir Mick Jagger, once averred, “You can’t always get what you want, but if you try, you might find, you can get what you need.” The more you eat like a Sumo, the more you will look like one.

Answer 3: See A2 above. Remember, I am not telling you what to eat or how much to eat; you decide that. What I am telling you is when you eat appears to make a difference.

Question 4: I don’t see any exercise program being offered by you. Sumo wrestlers exercise.

Answer 4: Exercise is perhaps a topic for another day. Exercise is a good thing; I am not stopping you from exercising. But you are more likely than not to lose weight regardless.

Question 5: Assuming arguendo that your “Anti- Sumo” eating strategy works and that I can get comfortable with it, what is the technical basis for why it works?

Answer 5: I would be doing something else for a living if I was competent to answer that question.

Question 6: If I decide to go forward with this strategy, what are the risks involved and what kind of opinion can I get on the likelihood of its success?

Answer 6: I am highly confident, in light of the substantial authority I have found, that the type of food resequencing I am suggesting is, although not free from doubt, unlikely to have an adverse affect on you, given that the suggested recast of your eating lifestyle is not materially different from your current dietary form. Thus, in substance, although likely to be beneficial as far as weight loss goes, the circular movement of food should be disregarded./6/ Nevertheless, the following caveat is warranted:

The views expressed herein may not be used or relied upon as a diagnosis or treatment for any medical condition nor are they presented as a course of individualized treatment. Any application of the views set forth herein is at the reader’s sole discretion and responsibility. If there are any significant changes in the authorities discussed above, it may result in the conclusions herein being rendered invalid or necessitate a reconsideration of this opinion that I am under no obligation to update.

Question 7: If I have any further questions, how can I get in touch with you?

*The views contained herein are personal to the author and are neither endorsed nor supported by the firm.

/4/ Which, in my case, I needed to do anyway as I had been gaining about a pound a year on average since age 20. I have since lost 25 pounds.

/6/ Accord Rev. Rul. 83-142, 1983-2 C.B. 68 (indicating that a circular movement of cash, albeit for valid business reasons, is similarly disregarded for federal income tax purposes).